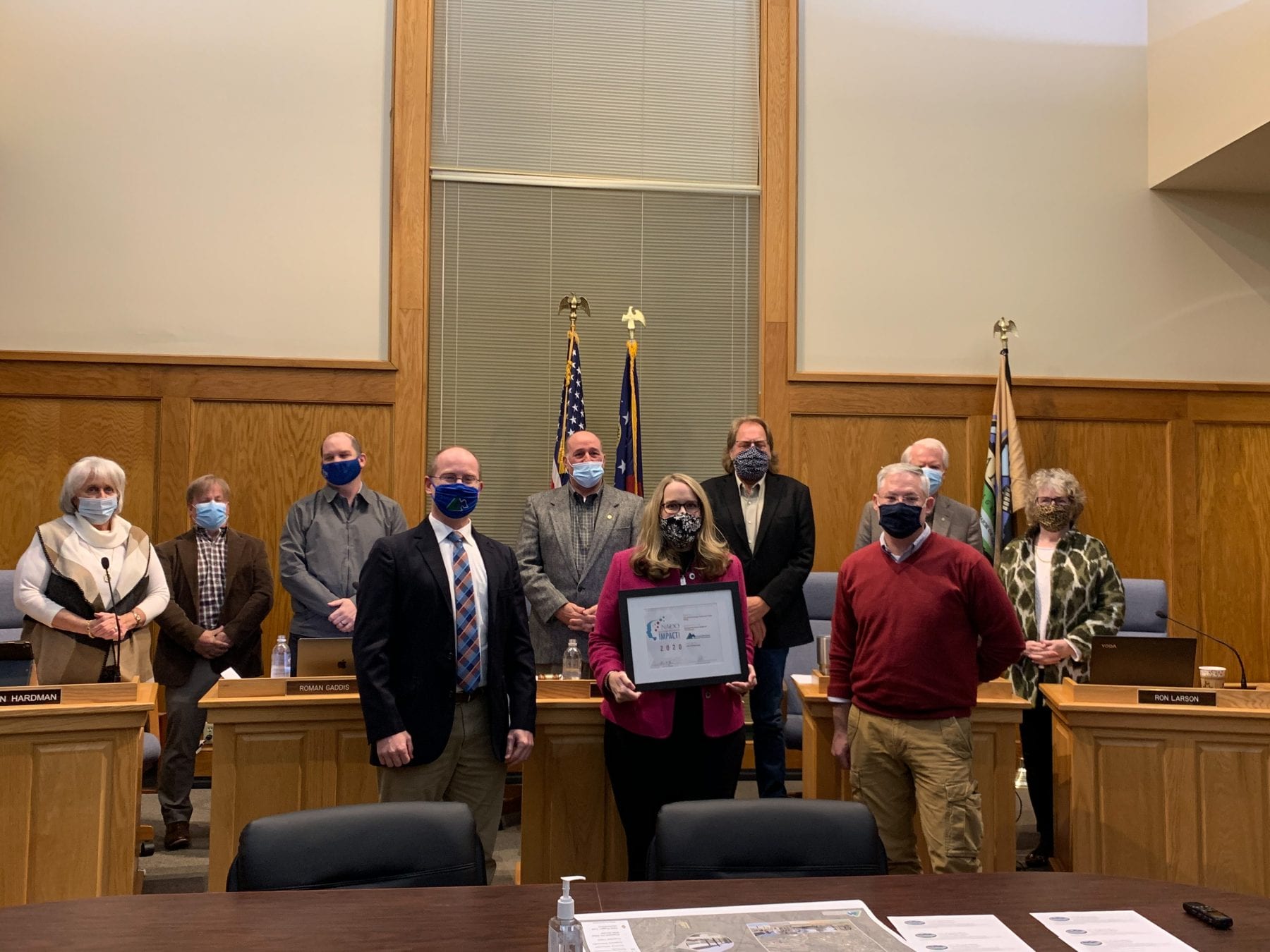 City Council discussed an array of topics at Tuesday’s Dahlonega meeting. The first topic of conversation was major power outages due to hurricane Zeta. Council members were thankful that it was not as severe as anticipated.

The highlight of city council was a national award presented to council members from the National Association of Development Organizations (NADO) Aliceann Wohlbruck Impact Award.

According to the NADO website, they sponsor two annual award programs. Additionally, the goal of the awards is to “nationally recognize the impressive efforts of regional development organizations.”

The website also states that both awards “provide an excellent opportunity for members to promote their successes to a national audience and with their regional and local partners.

At the meeting, it was said that Georgia was awarded 13 of the 79 NADO Awards this year. The award presented to council was received last week.

Dahlonega’s Old-Fashioned Christmas is still projected to take place, but the planning committee said they are attempting to “mitigate” attendance.

Some dates for the tradition of Dahlonega’s Old-Fashioned Christmas include:

The committee in charge of Dahlonega’s Old-Fashioned Christmas said they are not advertising in any fashion the upcoming festivities since they are trying not to entice large crowds.