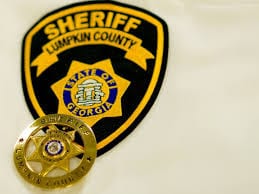 The victim called deputies to report her nephew, 32-year-old Andrew Phagan, was high on meth and that he held a knife to her throat and threatened to kill her.

When deputies arrived, the woman was in the driveway and Phagan was inside the residence. According to the incident report, she said her nephew was high on meth and had not slept for three days. When Phagan, a convicted felon, emerged from the residence, deputies discovered he had a loaded handgun, pocket knife and marijuana in his pants pockets.

He was transported to the Lumpkin County Detention Center where he is charged with aggravated assault, possession of a firearm by a convicted felon and possession of marijuana.