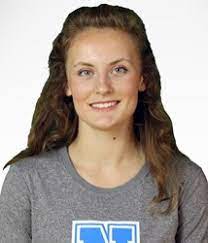 In addition to multiple All-Conference honors and individual championships, Bree Hammond was named the Track Athlete of the Year, while Olivia Terwilliger won the Elite 16 Award presented by EAB. Abigail Kirkland was also named to the All-Sportsmanship Team.

Hammond got the day started by winning the 5K with a time of 17:58.97, winning the race by nine seconds after taking the lead with 500 meters to go. Karmen LeRoy also tallied a point for the Nighthawks with an eighth place finish in the event.

Journey Gurley earned four points for UNG with a triple jump length of 10.26 meters, good for fifth place and second in program history. Caroline Jones also earned a point by finishing eighth in the event.

North Georgia garnered eight points in the 4×100 relay with a second place finish as Abbie Crane, Jasmine Hughes, Gurley and Kirkland ran a 48.78 to break the program record. Shortly after, Abby Greenwood took seventh in the 100 hurdles with a 16.52, breaking the program record in the event and taking two points for UNG.

Kirkland earned her first individual championship of the day in the 400 with a 54.90 one lap sprint, earning 10 points and hitting a provisional mark for NCAA qualification. After taking a point in the 100 with an eighth place finish, Kirkland went on to win the 200 as well with a 24.33 half lap, also surpassing the provisional qualifying mark in the event. Both broke program records as well.

Crane took three points with a sixth place finish in the 100 with a 12.87, good for third best all-time in the event in program history. In the 800, Claire Mills and Emery Ryan finished sixth and seventh, respectively, to garner five total points. In the 400 hurdles, Greenwood and Cat Watry took nine points with fourth and fifth place finishes. Hughes finished seventh in the 200, taking two points for UNG.

The meet finished with Hammond winning the 3000 meter steeplechase with a time of 11:40.78 as North Georgia swept the All-Conference honors in the event. Sydney Bolyard and Audrey Gleason took second and third in the event.

The Nighthawk 4×400 meter relay team finished in fourth to wrap up the meet.

Gurley will now prepare for the pole vault national championships while Kirkland will await selections for the 200 and 400 meter races.