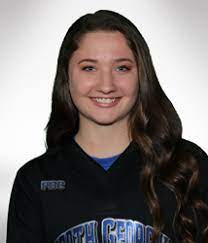 North Georgia broke through in the second inning, scoring on a Cheyanne Mosteller sacrifice bunt, a Shelby Hammontree sacrifice fly and an Olivia Sinquefield RBI double that gave UNG a 3-0 lead.

Young Harris scratched a run across in the fifth inning on a bases loaded RBI single from Carly Rigsbee, but that was all Kylee Smith allowed on her way to the win in the circle.

– Smith (16-3) allowed just the one unearned run across seven innings, fanning seven along the way.

Hammontree, Smith, Sinquefield, Mosteller and Kaylyn Anthony were all named to the All-Tournament Team with Hammontree earning MVP honors.

– Since becoming eligible for postseason play in 2008 after transitioning to Division II, North Georgia has won all but three tournament titles and have reached the tournament championship game in all but one year.

Earning the PBC automatic qualifier, the Nighthawks will await to see their seeding in the NCAA Southeast Regional that will take place next week at The Hill. The selection show will air on NCAA.com at 10 p.m. Sunday night.