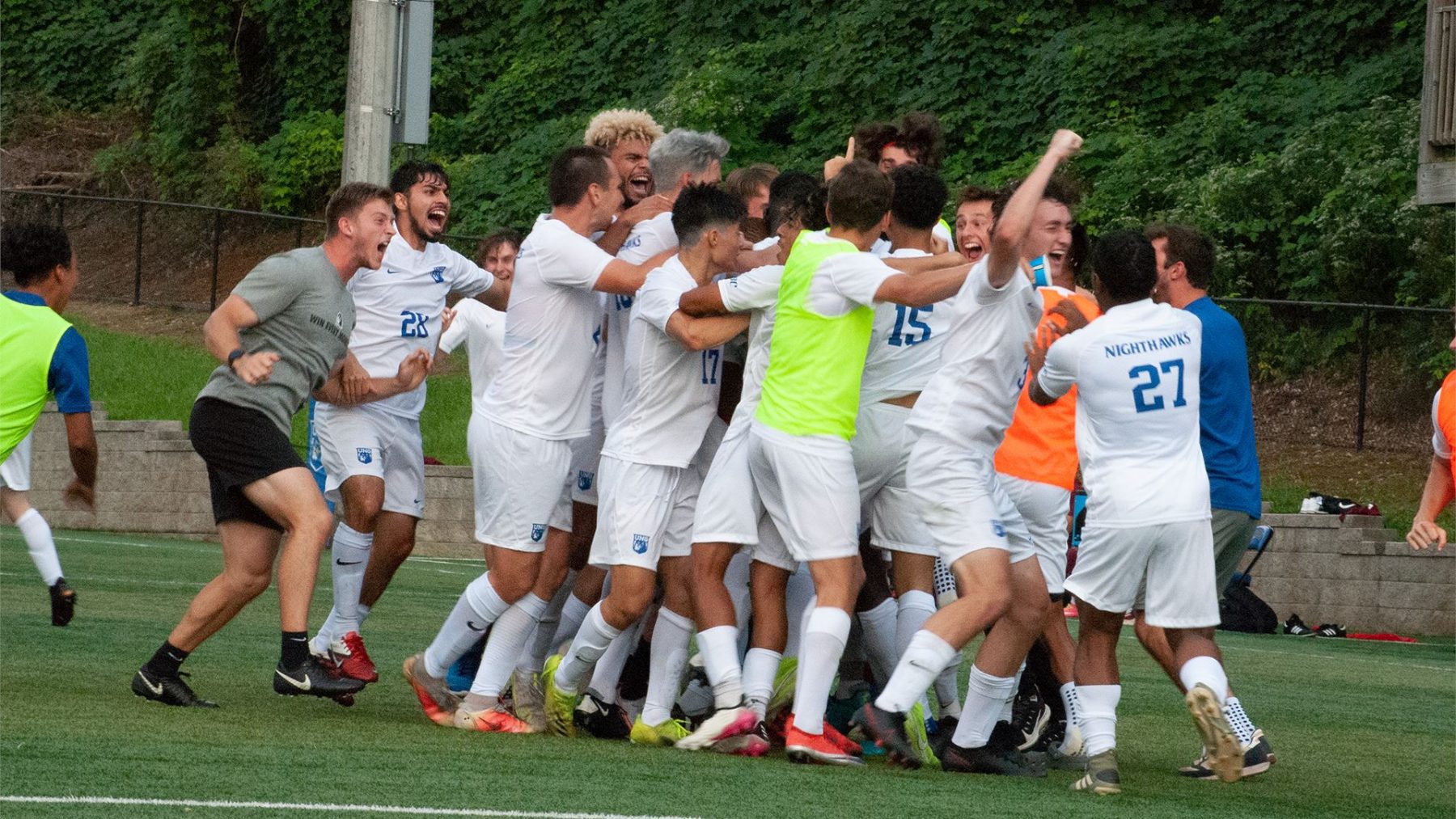 DAHLONEGA – With 10 seconds left, North Georgia earned a corner kick and ended up finding Elwyn Asiedu on the back post for a header as the horn sounded to give the University of North Georgia men’s soccer team a 2-1 win over Erskine Thursday night in the home opener at the UNG Soccer Complex at Lynn Cottrell Park.

The Flying Fleet scored early on a rebound in the second minute as Dennis Cole found his first goal of the year. After going to the half down a goal, North Georgia came out attacking in the second half and finally broke through as Donovan Odier scored the game tying goal in the 73rd minute on a rocket from 30 yards out.

As time wound down, Gustavo Alencar and Victor Galterio combined in the corner to allow Alencar to swing a ball in to the back post where Asiedu headed it in as time expired to send the Nighthawk fans home happy and give UNG the win.

– The walk-off goal by Asiedu was the second such goal in the calendar year after Kevin Lopez netted a golden goal in the 100th minute against Clayton State back in March. It’s the fourth walk-off win for UNG since 2016.

NEXT UP
North Georgia will hit the road to battle Lee on Tuesday with kickoff scheduled for 7 p.m.