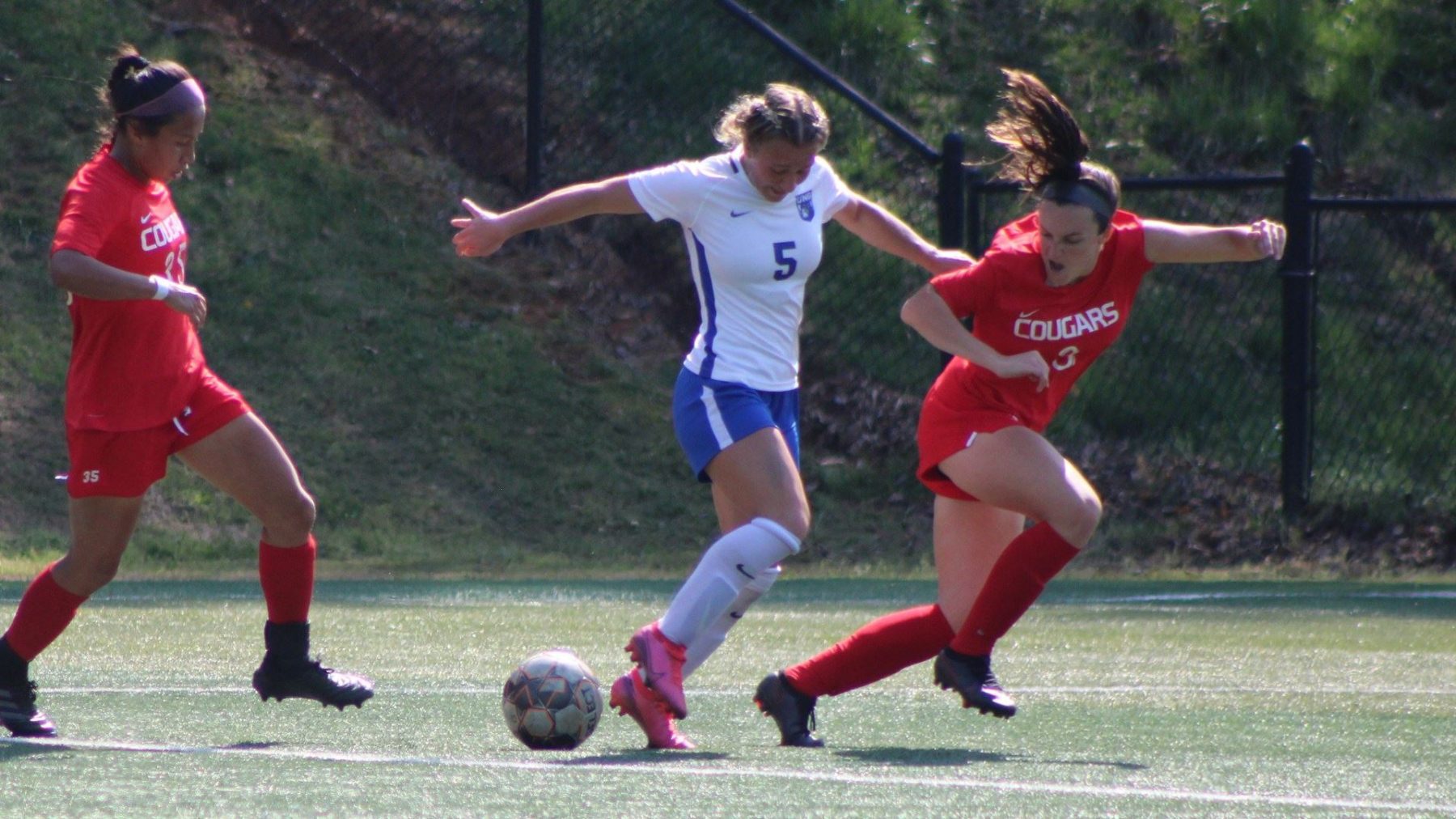 JEFFERSON CITY, Tenn. – The University of North Georgia women’s soccer team scored three straight goals in the first half and then held on to earn a 3-3 draw at Carson-Newman Thursday afternoon.

After an opening goal by the Eagles in the 11th minute, Abbie Crane answered with her first goal in the 23rd minute on a breakaway to knot the game up at 1-1. Seven minutes later, Taylor Malasek fired a rocket past the C-N keeper from 35 yards out to give UNG its first lead of the night. North Georgia extended the lead to 3-1 on Crane’s second goal in the 40th minute.

Carson-Newman responded in a big way in the second half, coming out and scoring just three minutes into the second half and again in the 65th minute to tie the match. From there, the Nighthawks saw the game out to finish with a draw.

– Carson-Newman took 13 shots in the second half to UNG’s four. Both teams had seven shots on goal.

– The draw is the first in a season opener since 2009 when UNG tied Tampa, 2-2. It is also the first time in program history that UNG has scored three goals in a draw.

NEXT UP
North Georgia will open the home slate Wednesday