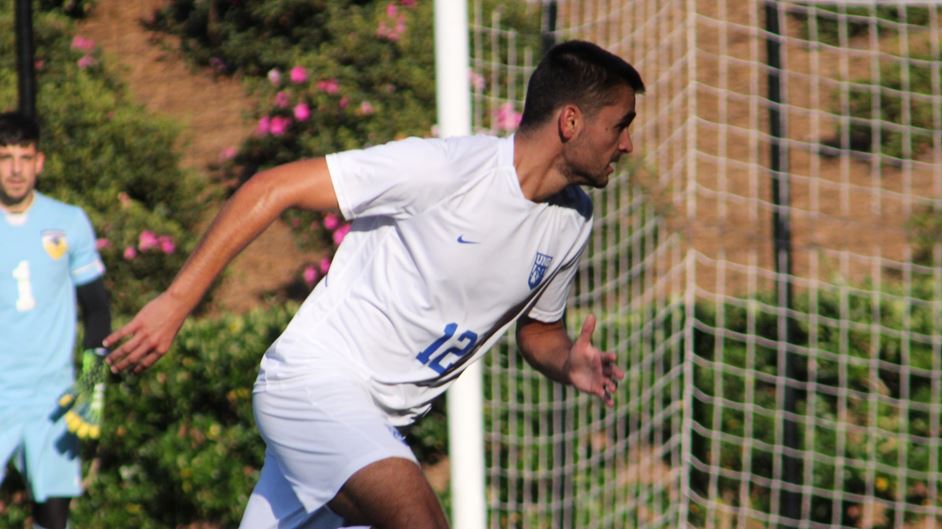 ST. AUGUSTINE, Fla. – After trailing 3-0 early in the second half, the University of North Georgia men’s soccer team reeled off a trio of goals in 12 minutes, but Flagler would score twice more late to earn a 5-3 win Saturday.

The Saints scored in the 22nd, 27th and 57th minutes to jump out to a 3-0 lead, but they quickly saw the lead vanish as North Georgia stormed back starting with Victor Galterio slotting home a pass from Harrison Wright in the 63rd minute. Just 69 seconds later, Gabriel Campora sent home a rebound to cut the lead to 3-2.

The Nighthawks tied the game in the 75th minute as Payge Sinclair scored a rebound, but Flagler would have the final goals, scoring just 26 seconds after Sinclair and then again three minutes later to get to the final score.

NEXT UP
North Georgia will look to bounce back Wednesday at USC Aiken. Kickoff is scheduled for 4 p.m.