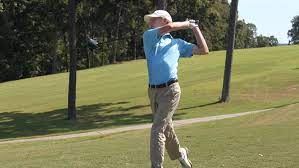 Kinsel’s 6-under 65 was the seventh round of 6-under par in program history and the first to be shot on a par 71 course. Bogey free through the opening 18 holes, Kinsel followed it up with a 1-under 70 to sit in a tie for fourth individually.

The Nighthawks shot 4-over in the opening round before turning in an 8-under 276 in the second round, beating the single round team scoring record by two shots. At 4-under for the tournament, UNG is two back of Newberry for fifth place.

USC Aiken and Lincoln Memorial are tied for the team lead at 20-under with Carson-Newman three shots back. Queens, at 12-under, sits in fourth. Individually, USCA’s Leo Johannson is the leader at 10-under.

The final round tees off today with UNG playing with Newberry, Barton and Belmont Abbey.