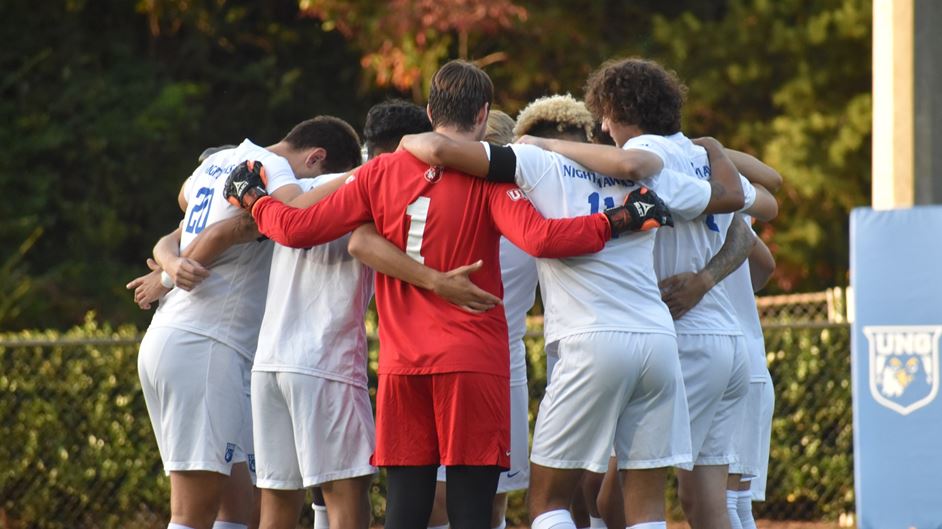 DAHLONEGA, Ga. — Clayton State jumped out to a 2-0 lead and held on to defeat the University of North Georgia men’s soccer team, 3-1, Saturday night at the UNG Soccer Complex at Lynn Cottrell Park.

The Lakers had Isaac Pimenta and Geo Rios score in the 16th and 23rd minutes, respectively, to take the early 2-0 lead. After halftime, UNG came out with a lot of pressure, resulting in a Gustavo Alencar free kick goal in the 63rd minute.

With UNG pushing numbers forward, Clayton State took advantage with a counter attack that gave Alexis Iturria his fifth goal of the year to bring the match to its 3-1 final.

NOTES
– 36 fouls were called in the match.

– The Lakers put 11 shots in the air, nine of which were on target. Ben Kempffer made six saves on the night.

NEXT UP
North Georgia will look to rebound with a matchup against No. 5 Young Harris Wednesday evening at 5 p.m. in Dahl