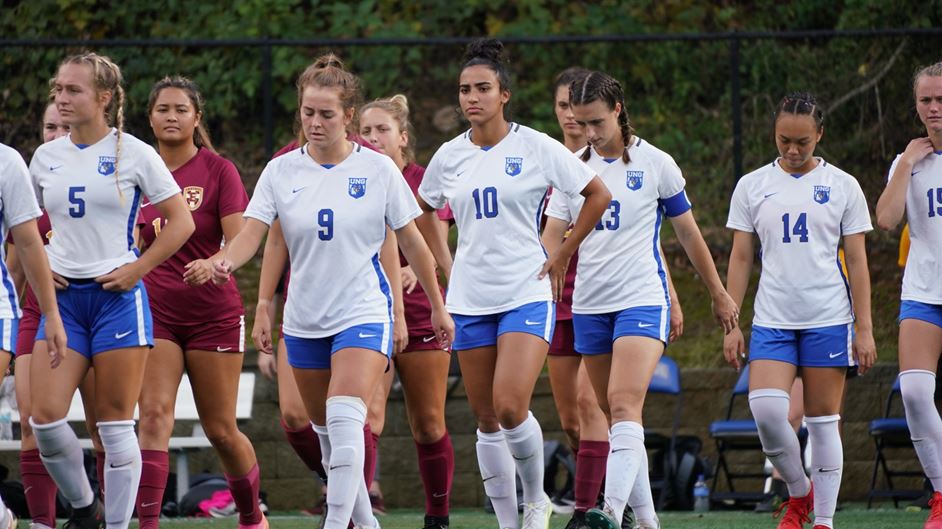 MORROW, Ga. – A late goal in the first half is all Clayton State needed as they held on to defeat the University of North Georgia women’s soccer team, 1-0, Saturday evening.

The Lakers scored in the 40th minute as Marie Devillers found Kamila Mroziewicz for the game’s lone goal. North Georgia had 11 shots in the second half while holding CSU to just two, but couldn’t find the back of the net to equalize.

NOTES
– Peyton Satterfield had three saves in her 2021 debut between the posts.
– Taylor Malasek took five shots on the day, three of which were on target.
– North Georgia now needs a win and a Clayton State loss Saturday at Young Harris to host the quarterfinals of the Peach Belt tournament.

NEXT UP
North Georgia will be at Georgia Southwestern Saturday at 7 p.m.