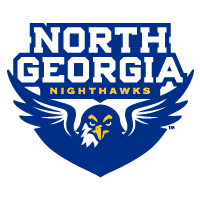 AUGUSTA, Ga. – The No. 6 University of North Georgia women’s basketball team was picked to finish second in the Peach Belt, the league office announced Wednesday afternoon in its preseason preview. In addition, seniors Abbie Franklin and Julianne Sutton were named to the Preseason All-Conference Team.

A senior guard from Homer, Georgia, Franklin is a two-time PBC All-Conference selection, including a first-team All-Conference honor last season. She averaged 9.6 points and 5.2 rebounds per game last season and was ranked second in the PBC in total assists and 16th in steals. Franklin was also ranked fourth in the league in three-pointers made and sixth in three-point field goal percentage. She has scored over 1,000 career points with over 400 career assists and 150 career steals and is currently sixth on the PBC’s all-time list in career made three-pointers with 217.

A senior forward from Flowery Branch, Georgia, Sutton is a three-time PBC All-Conference selection including first-team All-Conference the last two years. The 2019-20 PBC Player of the Year, she led the team and was ranked sixth in the PBC with 16.1 ppg last season and is currently 12th on the PBC’s all-time scoring list with 1,705 career points. Sutton has scored 20 or more points seven times last year with a season-high 30 against Union in the NCAA Tournament, and she ranked sixth in the PBC in rebounding, second in field goal percentage, eighth in free throw percentage and 15th in blocks.

Joining the two Nighthawks on the Preseason All-Conference team was Flagler’s Tori Pearce and Lander’s Zamiya Passmore and Makaila Cange.

UNG will open the 2021-22 season Friday, November 12, at home against Lees-McRae as part of the Peach Belt/Conference Carolinas Challenge. Tipoff is slated for 4 p.m.