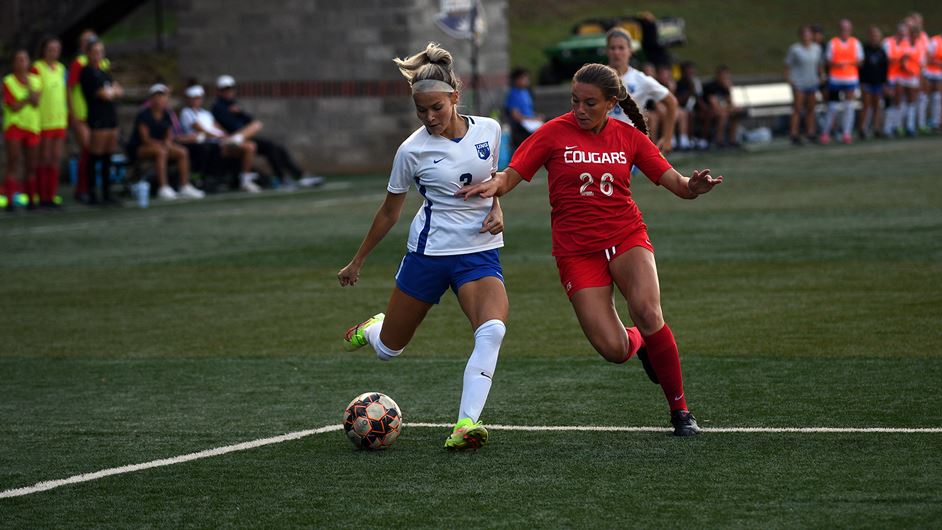 AMERICUS, Ga. – The University of North Georgia women’s soccer team used stifling defense and a pair of goals to earn a 2-0 win in the regular season finale Saturday at Georgia Southwestern.

North Georgia got on the board in the 40th minute when Skylar Abbott scored her first goal of her collegiate career. After leading by a goal at the break, UNG doubled its lead as Taylor Malasek found Katey Derkay for the final goal of the match in the 52nd minute.

– UNG shut down GSW defensively, giving up just four shots, all of which were taken in the first half.

– With the win, North Georgia moves into a tie for fourth with Clayton State in the league standings. However, since the Lakers beat UNG in the regular season, Clayton State earns the fourth seed and will play host to the Nighthawks in the quarterfinal round.

North Georgia travels to Clayton State in the quarterfinals of the Peach Belt Tournament Saturday. Game time will be announced early next week.