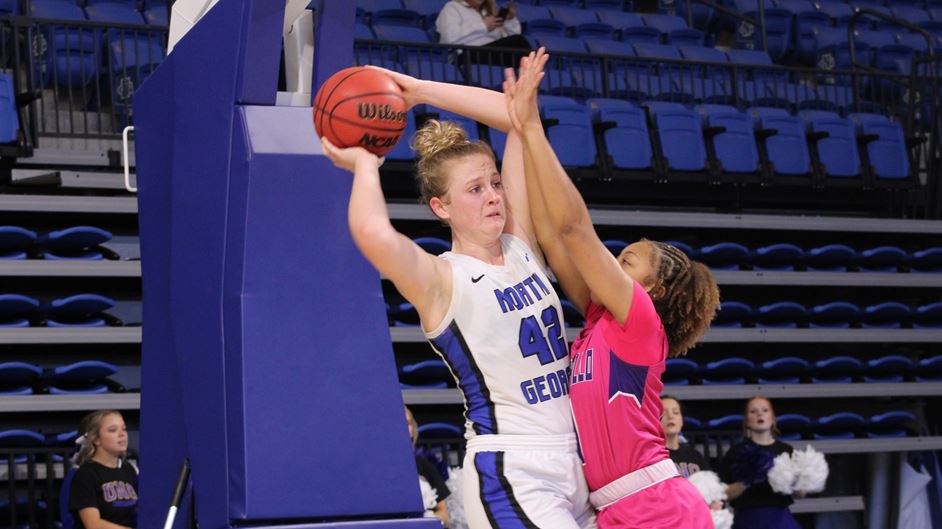 DAHLONEGA, Ga. — Four Nighthawks finished in double figures as the No. 5 University of North Georgia women’s basketball team claimed an 87-71 win over Montevallo Saturday afternoon on the final day of the UNG Nighthawk Classic.

Josie Earnhardt hit back-to-back threes to get the game started for UNG, but the Falcons battled back, hitting five of their first seven from beyond the arc to claw back into the game, taking the lead at 19-18 late in the first period. North Georgia answered with a 9-0 run to end the first and start the second, never looking back.

The Nighthawks led by as many as 17 in the second half, but Montevallo trimmed the lead to 70-66 with five minutes to play before UNG finished on a 17-5 run to claim the win.

– North Georgia has not lost a game in the Nighthawk Classic since falling to then-No. 3 Carson-Newman in the 2018 iteration of the tournament.

NEXT UP
UNG will hit the road Tuesday to take on West Georgia. Tipoff is slated for 5:30 p.m.