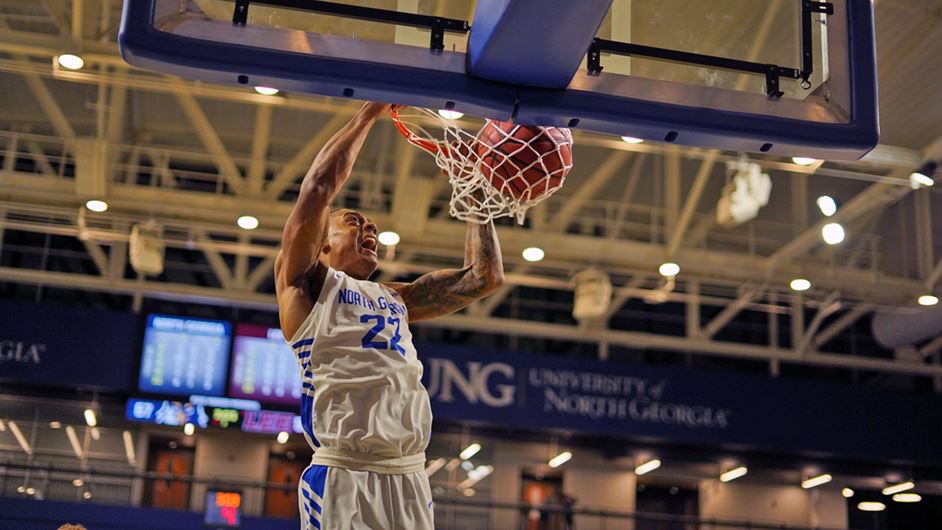 DAHLONEGA, Ga. — After No. 24 Lee hit a free throw in the opening moments to take a 1-0 lead, the University of North Georgia men’s basketball team took the lead and held on to it for the rest of the contest as they knocked off the Flames, 75-57, Saturday night to wrap up the Ross Morkem Memorial.

North Georgia used a 6-0 run between the under-16 and under-12 timeouts to break a 4-4 tie and start to pull away from Lee. UNG’s lead remained in single digits for the rest of the first half and into the second when Kody Shubert hit both free throws to push the lead to 10, 44-34.

NOTES
– Frank Champion went 14-for-16 from the floor to tally 30 points, a new career high. Evan Hurst added 11 off the bench as he and Champion were the only double digit scorers for UNG.

– The Nighthawks dominated on the inside, outscoring the Flames 54-28 in the paint.

NEXT UP
North Georgia will hit the road to AUM on Tuesday with tip time slated for 8 p.m. EST.