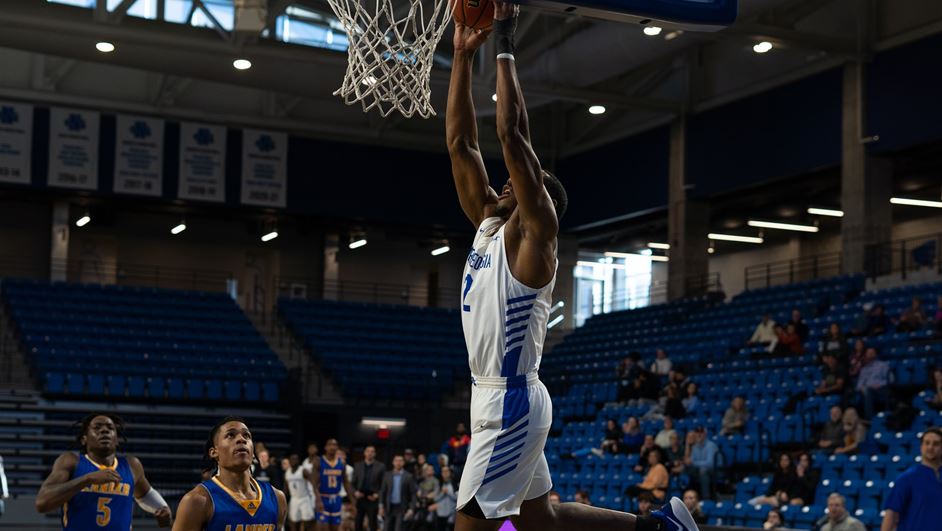 DAHLONEGA – After a sluggish start from both teams, the University of North Georgia men’s basketball team hit the first bucket of the game and never looked back on their way to a 67-59 win over Lander Saturday evening inside the Convocation Center.

Neither team could find the bottom of the net until Frank Champion hit back-to-back layups nearly two minutes into the contest. The Nighthawks continued to extend their lead in the first half, including finishing the period on a 10-0 run to take a 12 point lead to the locker room.

In the second half, North Georgia stretched the lead out to 18 points at 43-25 with just over 14 minutes to play before Lander started to inch back into the game. The Bearcats trimmed the lead down to as few as seven on a few occasions and six with under 30 seconds to play, but UNG held on to improve to 2-2 in league play.

– Kody Shubert pulled down 11 rebounds to go with his seven points and seven assists.

– North Georgia earned a +22 rebound margin, not allowing a Lander offensive rebound until the second half.

NEXT UP
The Nighthawks hit the road to Clayton State Wednesday for a 7:30 p.m. tipoff in Peach Belt play.