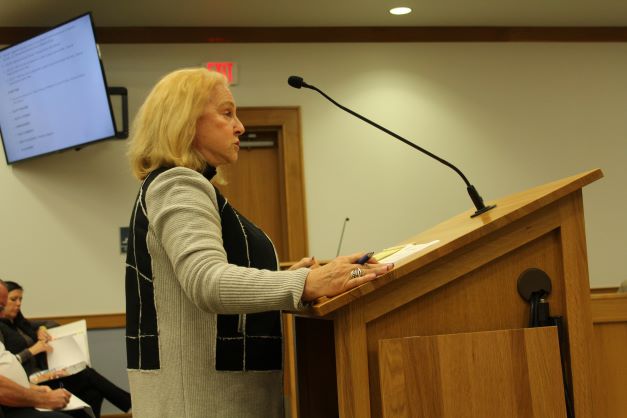 LUMPKIN COUNTY, Ga.- Stephanie Kauffman and her neighbor spoke before the Board of Commissioners for the second month in a row over their concerns with the noise from Iron Mountain Park.

The commissioners also had a public hearing that addressed the 5311 Rural transportation program. There was one citizen present that spoke at that meeting as well.

Last month Kauffman and her neighbors came before the board of commissioners to ask for their help with the noise created by Iron Mountain Park. The commissioners heard their concerns and Dr. Bobby Mayfield Commissioner for District 2 the area this falls in went out to meet with the park owner.

After hearing Kauffman again Mayfield read out a letter that he sent to the other commissioners explaining his findings. To hear the letter read listen to the clip below.

Chairman Dockery and County Manager Alan Ours promised Kauffman that Ours would be in touch with her the day following the meeting. It was also stated if he could not answer all her questions during the call he would find the answers and get back to her. At this time the board is taking no action against Iron Mountain Park.

Transit Manager Randy Allison explained that the 5311 Rural Transporation program is a program to assist people in the community with getting around. They take people to places like Walmart, and non-emergency medical appointments and they partner with the senior center to get citizens to and from the center. 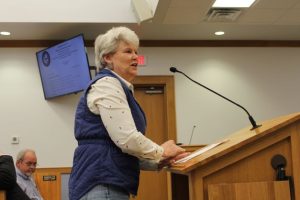 Laurie Hines while addressing the board.

More information on the program as well as the schedules they work on can be found at https://www.lumpkincounty.gov/292/Transit. Allison was not able to explain where in the budget the program is funded.

He was able to provide that it is a program with GDOT and FTA and they cover 50% of the roughly $200,000 cost to run the program. Lumpkin County covers the other 50%. As of right now, this is run in house but it is available to be sourced out if an operator is interested in working with the county.

Hines was able to suggest another means of funding the program through 5310. According to Hines, it can be utilized much the same way as the 5311.