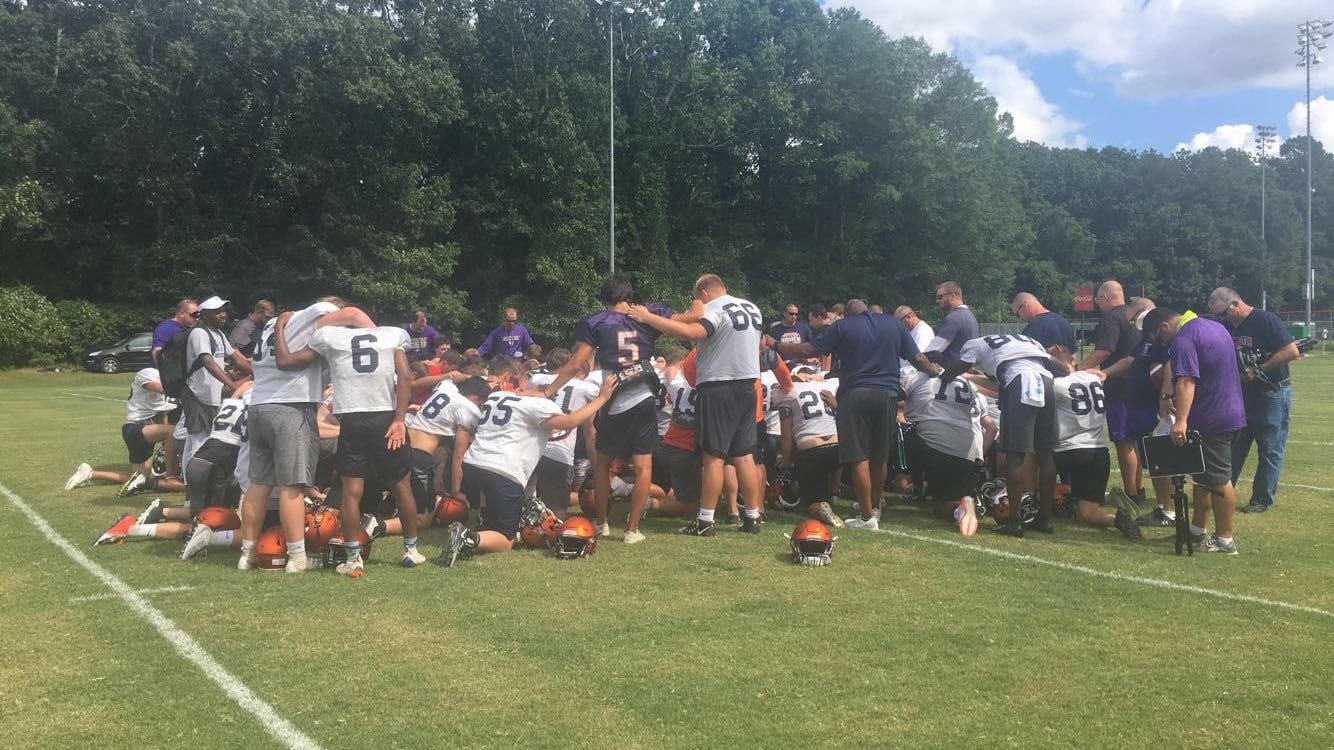 Most camps end with a huddle, but this weekend football teams at the North Georgia Fellowship of Christian Athletes camp will have the opportunity to end each day with a huddle and prayer.

The Lumpkin County High School Indians are one team that is attending the camp, held at Riverside Military Academy from Friday until Sunday. Other teams participating include Habersham Central, McNair, Athens Christian and Bullet County from Alabama. 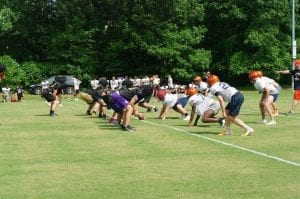 The teams started the day with warm-ups before going into scrimmages among one another. Lumpkin County scrimmaged Habersham Central first, and played in a structure that alternated between ten plays for offense and defense.

After the scrimmage, the teams went back to their sections of the practice field and split up to work on plays from the game. This was Lumpkin’s first practice wearing pads. Coaches were also allowed to be on the field during scrimmage games to guide players.

Finally Lumpkin County and Habersham Central met up for another scrimmage game. The teams were going to end the day with dinner and film study.

Each team will be spending the night on the school campus, and addition to practice time there is time allotted for Bible study.