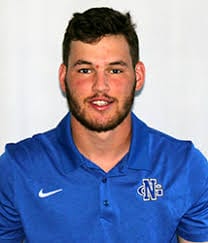 Conway began his collegiate career by hitting .417 with five RBIs in a three-game sweep of Auburn-Montgomery. The outfielder from Decatur, Georgia, collected hits in all three games, going 3-for-4 with a triple in the finale. He collected three RBI in the opener and added one each in the second and third games, finishing the series with a 1.171 OPS and six runs scored. He is tied for fourth in the PBC in RBIs, second in runs scored and 10th in on-base percentage.

The Nighthawks open Peach Belt Conference play this weekend when they take on Claflin at Bob Stein Stadium at Cottrell Park. First pitch Friday in the series opener is set for 4 p.m.